We are growing in God together through prayer,
​worship and fellowship 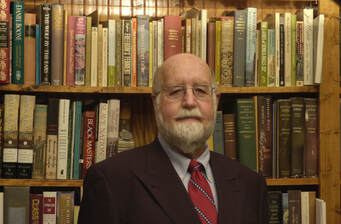 Michael R. Bradley (Interim Pastor)
​
Michael was born in 1940 in north Alabama, near the Tennessee state line. He grew up in a rural area as part of an extended family. He attended Samford University in Birmingham, New Orleans Seminary, and Vanderbilt University where he received the PhD in History.

Michael has pursued a dual career, teaching at Motlow College for thirty six years while also serving as pastor of small Presbyterian Churches, including a thirty year pastorate at Clifton, Tennessee.

Michael retired from Motlow College in 2006 and became Honorably Retired as a pastor that same year. Since 2006 he has been Interim Pastor at Manchester Presbyterian, Tullahoma, Normandy, Decherd, and is now at Normandy for the second time.

He is still active in historical research and writing and has two books scheduled for publication in 2020--Critical Decisions of the Tullahoma Campaign and Myths and Legends of the Great Smoky Mountains. Two other books are in the research stage. In all, Michael is the author of over two dozen books, many of them about Middle Tennessee during the Civil War.
​
He is married to Martha Dobbins Bradley, who has been Secretary of the Tullahoma Presbyterian Church for almost forty years. They have two adult children and three grandchildren.